Quuppa - The newest and oldest in indoor location positioning

As of now this high level of accuracy is available only for tracking dedicated tags.  It won't be available for cellphones until some new Bluetooth Low Energy (BLE) features become standard. (On cellphones they're working on other good, but not quite as accurate, positioning.)  But check out their demonstration - in this game of basketball, the players have tags on their shoes, and the ball has a tag inside.


Pretty amazing for a company founded in September, 2012, huh? 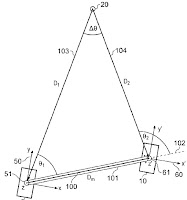 The secret of Quuppa's technology is that they spun the technology out of Nokia's decade-old research work on indoor location positioning.  Nokia's research initially explored positioning by Wi-Fi signal strengths, as many others are doing, and moved into direction-of-arrival and angle-of-arrival based on UWB and then BLE.  If there are enough radio transmitters, it's clear that better location positioning is possible if you know the angle or direction of arrival than based only on signal strengths.

We've reported Nokia's research in-depth in our report on indoor location positioning technology, and we blogged about their technology demonstration last February at MWC.  This positioning requires a series of BLE beacons that were installed on the ceiling, as shown here. With these beacons in place, Nokia showed amazingly accurate and fast location positioning.

It's been clear, however, that technology that requires installing infrastructure on-site is a bit of a mismatch for a mass-market phone manufacturer. Many start-ups work with individual sites to get indoor positioning working on their site, but a phone company like Nokia should support technology that can be deployed for the masses of Nokia phone-buyers.

So it wasn't a surprise to us that Nokia's team spun off to form Quuppa, taking the technology with them. So while the company is only a few months old, the technology is based on ten years of well-funded research.

Quuppa is working on partnering with other companies to get their technology into a number of vertical markets.  Their existing technology is perfect for asset tracking and a lot of other applications based on dedicated tags. And as we said above, they're working on a mobile-centric approach as well that's not quite as accurate but still very good.  See here for more on Quuppa's offerings.

We expect to see more from Quuppa very soon. After years in research, the technology is poised to hit the market with a bang.

The bigger question is what Nokia is now going to do in the area of indoor location.  Will they continue with BLE-based technology?  Will they rely on Microsoft's research in the area?  Will they acquire another start-up with technology that fits their needs? (Strong candidates include Glopos, SenionLab and Loctronix.)  Or will they start new R&D on technology for the mass market? Stay tuned, we'll be analyzing and reporting the developments as they happen.