July 06, 2014
Recent years have seen a constant increase in the speed at which software innovations reach market. One day’s new concept can be the next day’s innovative mobile application, the following day’s ten competing mobile applications, and the day after that’s built-in phone feature.

In hardware, however, innovation tends to go slower. Addition of new hardware chips or components to smartphones, for example, are a constant worry for smartphone manufacturers, who need to be 100% certain that the new innovation won’t in some way hurt the other functions and components of the phone.

Does adding a new chip affect in any way the electrical signals between the other chips? Does a new wireless component affect the radio waves of the core phone or wireless components? Do signals to or from a new antenna hurt the performance of other antennas in the device?

One new wireless technology that is reaching market is ultra-wideband (UWB) radio. UWB radio is used to communicate between devices, similar to Bluetooth, but with a higher data rate. UWB has also been designed specifically to transmit in a way that enables much more precise distance measurements and location positioning.

This last aspect of UWB, its ability to measure distances and locations more precisely and more reliably than other common wireless protocols, has led several start-up companies to bring innovative UWB technology to market. UWB has launched in an OEM module from Time Domain, in a chip from DecaWave, and in technology from BlinkSight, Zebra Technologies and others. The single-chip implementation from DecaWave is particularly amenable to integration into electronic devices. But until recently UWB has not been integrated inside smartphones. 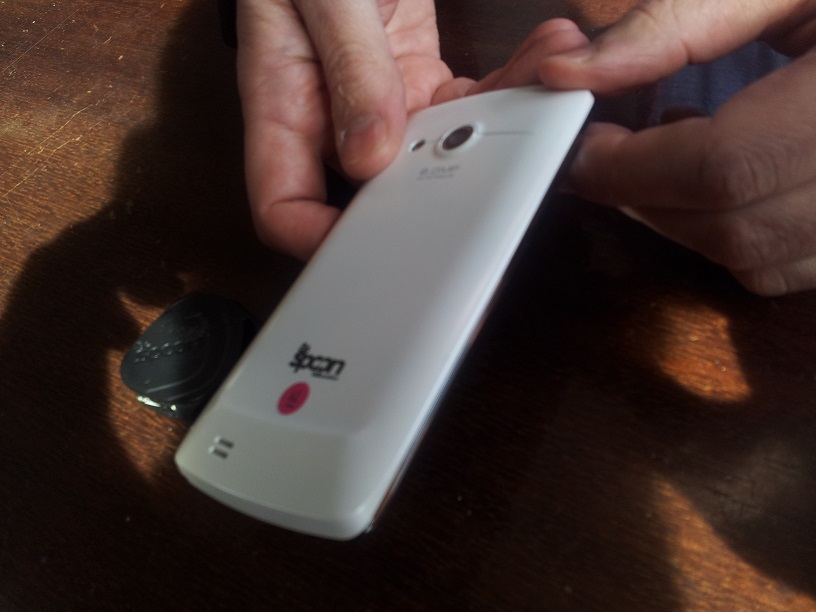 A French start-up company called BeSpoon has now demonstrated that UWB technology can be successfully integrated into a smartphone. The SpoonPhone is currently only a prototype, but is being sold to hardware manufacturers and software developers for R&D and evaluation purposes. 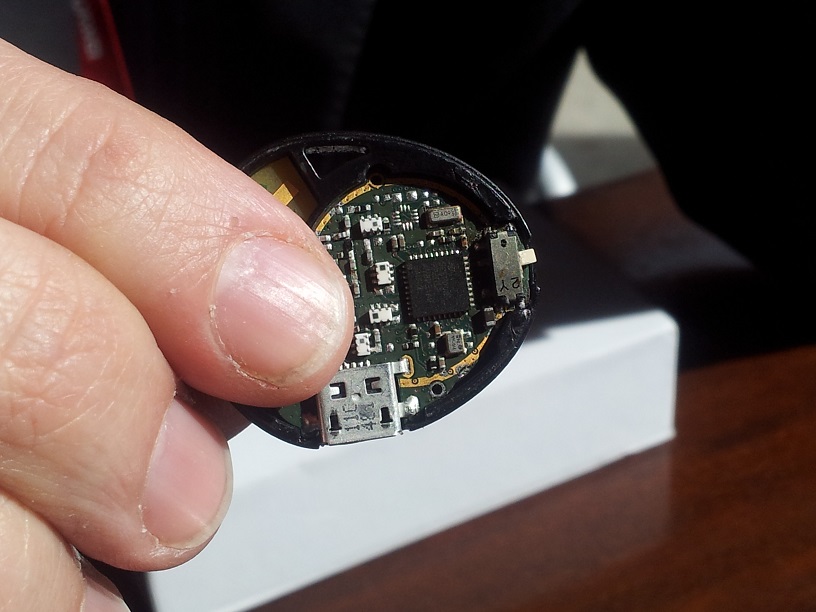 The SpoonPhone is able to measure the distance between the phone and a UWB tag very precisely. As this video shows, the distance ranging is both accurate and fast. And most significantly, it’s a phone that works while having a UWB chip embedded. BeSpoon was unwilling to reveal the proprietaryengineering involved in embedding the chip, so we cannot analyze or comment on the methods used, but the bottom line is that the SpoonPhone demonstrates that UWB chips can be integrated inside smartphones without causing problems.

What would you do with a UWB-equipped smartphone? Finding keys and wallets with attached tags is the clearest example, but there are many more. Do you want to be notified if you walk out of range of your jacket or purse while out for the evening? Do you want to carry a small tag in your pocket so that you can find your phone or avoid leaving your phone behind? How about changing your phone to vibrate mode when entering your boss’s office, or turning on your air conditioner when entering your living room? Or how about knowing exactly where you were as you move around a big site?

Beyond distance measurements and location positioning, UWB can also be used for wireless communications. Would you want a remote control to tell your phone to snap a picture of you? Or a light switch that turns on the lights when you walk into the room? Or the ability to play music on the CD player that's in the same room?

All of these can be done with a wide variety of indoor location technology, but benefit from the increased precision that UWB can deliver.

Now that UWB has been demonstrated to work inside a smartphone, it’s up to phone manufacturers to decide if and when to release a phone that incorporates it. As soon as that happens, the door is open to a whole new range of exciting very precise location based applications.

Here is the video mentioned above of the SpoonPhone in action: