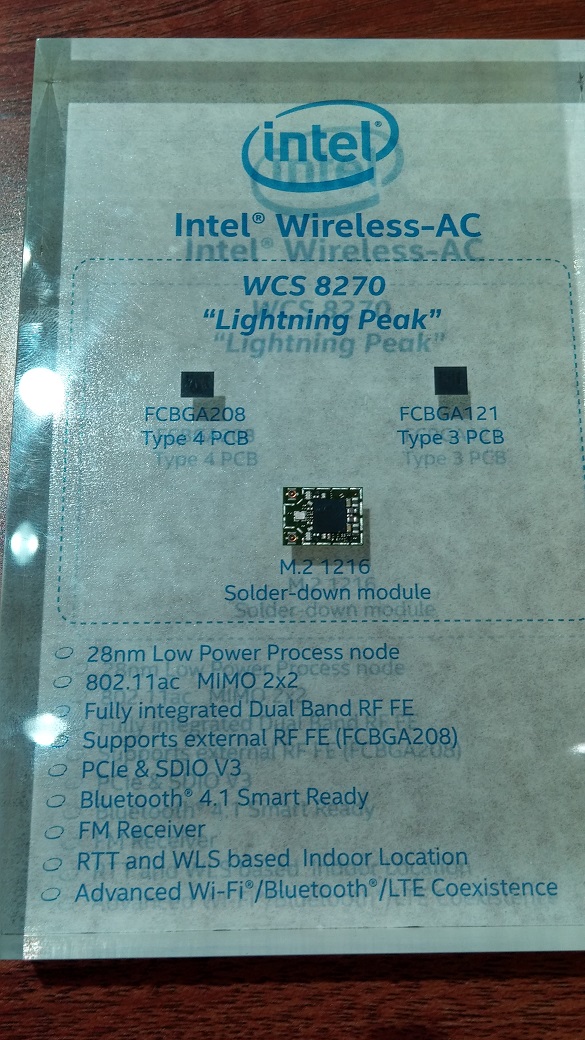 Intel made several announcements at MWC 2015, including a new chipset for wireless connectivity (Wi-Fi) in mobile devices. This new chipset, the 8270, include in-chip support for indoor location positioning. Below we explain their technology and show a video of it in action. With this announcement, Intel joins Broadcom, Qualcomm and other chip makers in moving broad indoor location positioning into mobile device hardware. 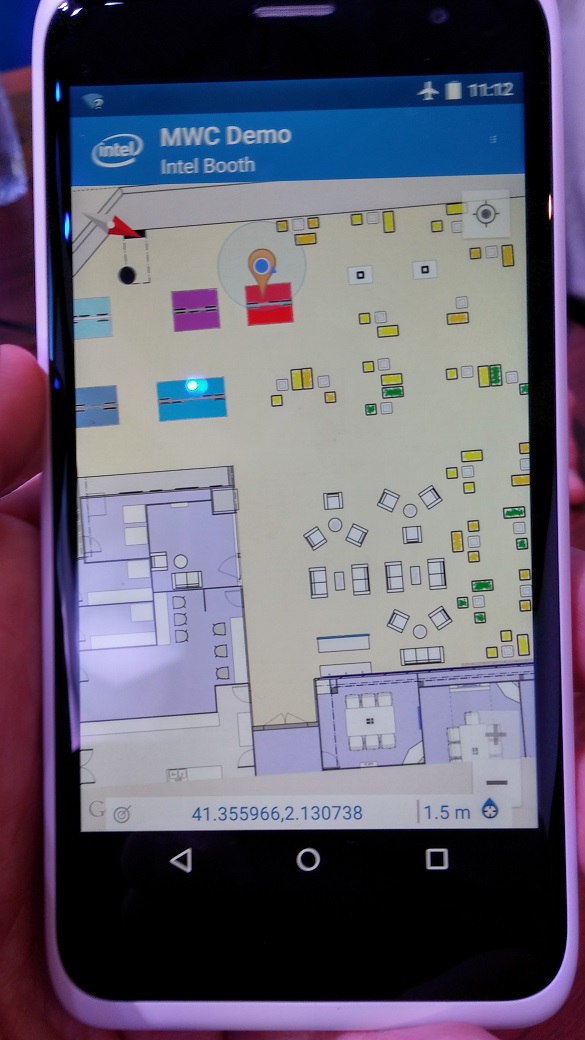 Intel's chip uses standard protocols to access the locations of 802.11mc-compliant Wi-Fi access points in area, and uses 802.11mc's Fine Time Measurement to measure the distances between the device and each access point. Multilateration then gives the device's location, the place that is the specified distances from the various access points.

The video below shows their technology in action, moving around the Intel booth at MWC. It's important to remember that this technology demonstration is based only on Wi-Fi based positioning, and does not incorporate motion sensing or other complementary technologies. Presumably a production-ready system would incorporate sensor fusion motion sensing to deliver an even smoother and more accurate experience. Given that, this demo is even more impressive.


We're looking forward to having chip-based indoor location positioning of this sort in our next smartphones!